Sunday August 12 was absolutely a gorgeous day weather wise: clear blue skies, a moderate breeze, and crisp clean air. It was great weather for the last day of concerts.

In the morning I asked a few people how they felt about this being the final day of tour.

The answers were varied:

Our morning concert was at a Baptist Church in Warsaw. The Communist government allowed the church to be built for Billy Graham’s visit to Poland in 1978 as a kind of gesture of religious freedom to the onlookers. After the concert, we walked around the corner to a restaurant where lunch awaited. Said lunch was fabulous. Just saying.

When said lunch was consumed, we headed back to the church and gave an abbreviated concert for a Russian congregation. Gustav’s was our next destination for an afternoon break before our evening concert.

At 4:30 we left for Minsk for our final concert. It was a first Hope concert in the large Catholic church in downtown Minsk. We ran through some vocal warm-ups and standing arrangements before heading off to the nearby park for a picture taking session with Auntie Janelle.

It was a full house. Our audience was attentive. The three second reverb in the lovely space helped to mask the few random mistakes we still made, even in this last concert. At halftime, first tenor Dervin Martin (Dad) was heard to say, “Wow. I could bawl my eyes out. This is amazing…”

This concert was especially significant for Mr. Lloyd.  It was his final concert with the group that he started many years ago.  As the singers exited the back of the stage, the “Father of Hope Singers” turned and gave 1 last bow to the applauding crowd. When asked how it feels to be in a moment like that, he said that there are some feelings he will talk about and others that he won’t.  But the sense I got from him was that while he will really miss this, he is looking forward to life’s next ventures!

I spoke with the HS Queen as well.  She said she wasn’t sad or glad necessarily but “just glad that I was able to be here tonight and experience this!”  The emotion however was clear from the choke in her voice as she spoke.

That brings us to the current time, 1 am Monday morning so I’ll bring this to a close!  Thank you all for your prayers and support!  Goodnight!! 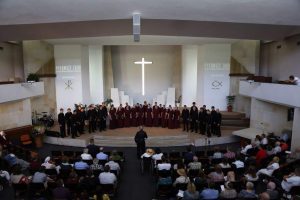 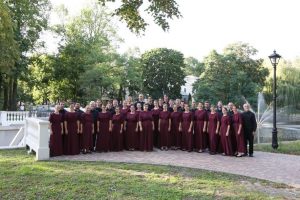 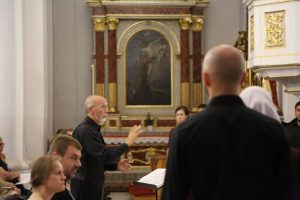 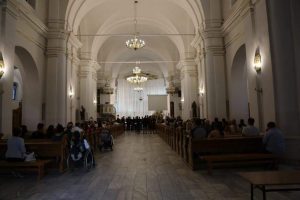 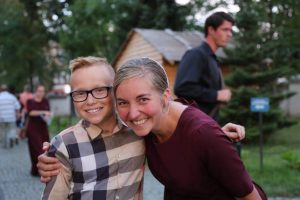 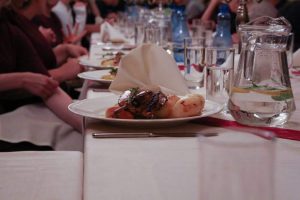 CDs are available! See the CD page for more info.